One of the oldest rainforests in Africa, Nyungwe is rich in biodiversity and spectacularly beautiful. The mountainous region is teaming with wildlife, including a small population of chimpanzees as well as 12 other species of primate, including the L’Hoest’s monkey endemic to the Albertine Rift.

With 15 trails, some of which are detailed, along with various other activities, visitors can choose to sample the delights of the forest or indulge themselves for a week or more in one of Africa’s most stunning forests.

Primate tracking tops most visitor’s list, but it’s worth lingering a little longer for those with time to relax and take in the primal atmosphere.

Botanists will marvel at the 1,068 plant species and 140 orchids. The bird watching is among the best in Africa with 322 birds species including Red-collared Babbler and 29 other Albertine Rift Endemic species. Butterflies are also a common sight, with at least 120 species.

There are 75 known mammals in Nyungwe, such as the cerval cat, mongoose, congo clawless otter and leopard to name but a few. Many tend to be shy so sightings are luck of the draw. 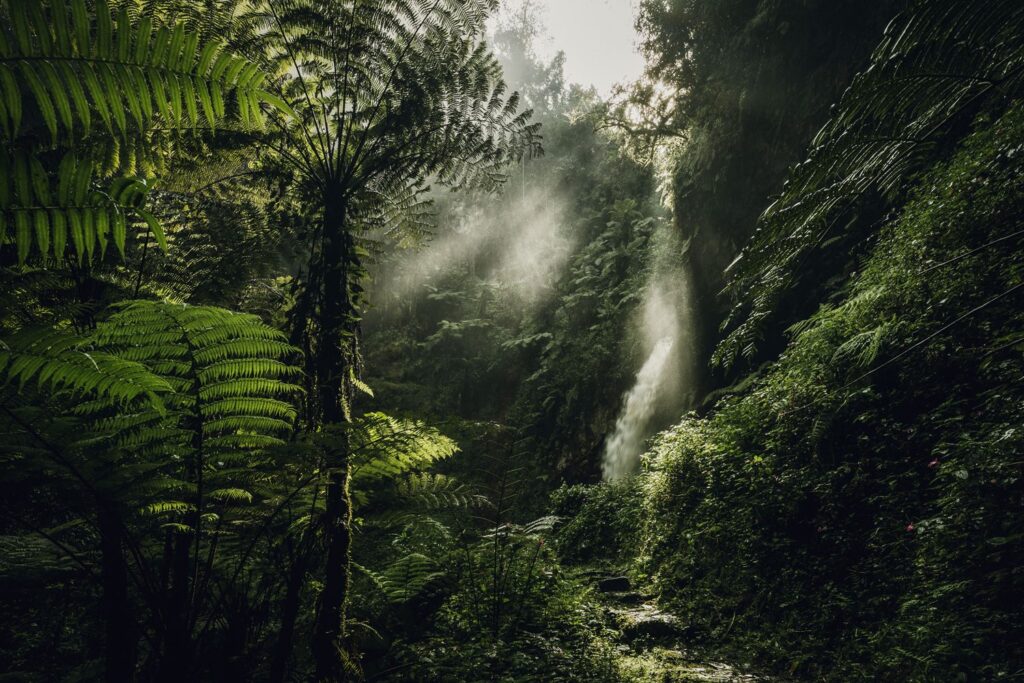 The Marathon The Expo The After Party